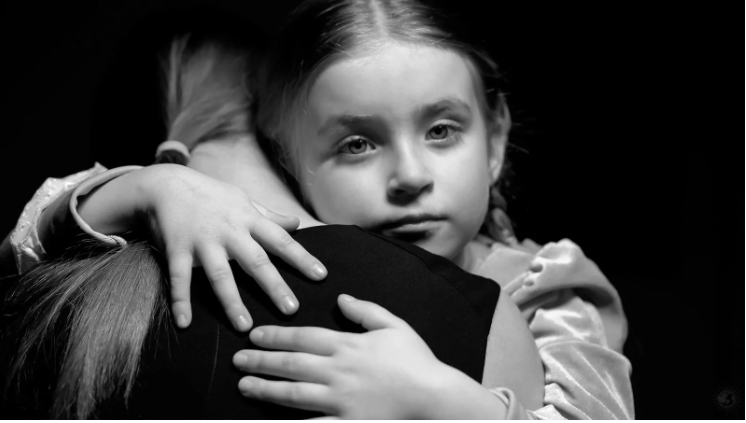 There’s nothing like the warmth and security of a loved one being enveloping you in their arms.  The simple act of giving and receiving genuine hugs can completely change your mood.  You feel loved, cared about, safe, and unique.  I’m not sure there is a single action that can replicate the feeling of giving and getting a hug.

It’s a good thing that giving is the same as receiving when it comes to hugs, right?  Now, science says you can be smarter for it. If you were about two feet long and weighed roughly 10 pounds, your brain would develop better.  Researchers reveal kids who get more hugs have more developed brains.

BABIES AND THEIR BRAIN DEVELOPMENT THROUGH TOUCH

When we think about learning, we consider reading, studying, using our hands, calculations, and other processes.  We started, as babies, we began exploring by touching things.  Of our five senses, touch is the first to develop.  From this, a newborn baby must navigate their new world.

According to an article from Stanford’s Medicine, Dr. Susan Crowe, an obstetrician, and director at Lucile Packard Children’s Hospital, outlines the nine instinctual stages right after birth.

As soon as physically safe for both mother and baby, it’s time for skin-to-skin contact and guiding the baby toward breastfeeding.

Just the holding of the baby within the first hour, regardless of breastfeeding, can help in normalizing the baby’s body temperature, heartbeat, and pattern of breathing.  For many babies, it also decreases the amount of crying.  Simultaneously, the mother releases more relaxation hormones.  This also becomes the bonding time for mother and baby. Should the partner of the mother also hold the baby, it begins the bonding time for them as well.

Infant massages could be integrated into this bonding experience, as well.  The same article in Stanford’s Medicine notes a wide array of benefits. According to Maureen McCaffrey, a certified infant massage instructor at Packard’s Children Hospital, these benefits consist of:

Another study done at the University of Washington aimed to locate the area of the brain in which a baby registers both “felt” touch and “observed touch.” This study proves babies can discern between an actual physical touch vs. an image of a hand touching another person.  The study found that by seven months old, a baby can not only understand the concept of their “self,” but also knows their body is separate from another person.

THE POWER OF TOUCH FOR BABIES

That knowledge is what established the foundation for mimicking others’ behavior as well as developing empathy.  The researchers discovered through specialized imaging that touch registers in the somatosensory cortex.  Depending upon if it was an actual touch, what part of the body the contact occurred in, or if it was an image, the location, and strength of the signal within the somatosensory cortex in which it was registered changed.

What was also fascinating was recognizing that the baby, before it can speak or know the words for body parts, already understands that their hand or foot moves similarly to another person’s.  Through imitating how the other person moves, the baby is also able to move.  It is this process which makes both imitations, and later, empathy, possible.

In a study of the opposing focus, researchers learned of detriment to children who don’t receive touch.  A report in Pediatrics Child Health, published in PMC, outlines the results of various studies, one of which was the result of providing touch to children who were previously deprived.  The study focused primarily on limb movement as a form of sensory stimulation.  They discovered that with 10 minutes a day of handling, over ten weeks, babies “spit up” less.Overthinkers, pay attention to this one!https://imasdk.googleapis.com/js/core/bridge3.437.0_en.html#goog_975658294Volume 90%

The babies with 20 minutes of daily tactile stimulation, over ten weeks, increased in their developmental scores.  In the case of premature babies, stroking their limbs, and mild limb movement demonstrated weight gain, longer alertness, more mobility, better adaptation to repeated stimuli, and awareness of their bodies. After a year, they scored high on weight and growth and motor skills and had reduced mild neurological dysfunctional symptoms.

Oxytocin is a hormone and neurotransmitter produced in our hypothalamus and released from our pituitary gland.  Its levels increase during breastfeeding, orgasm, and hugs.

In regards to the effect on babies and their development, oxytocin encourages bonding between a mother and her baby.  This might explain why breastfeeding increases a woman’s hormone levels. It tends to foster feelings of trust, closeness in relationships, and maternal instinct or care.  Ironically, this hormone was discovered by scientists at the Weizman Institute to be the construction crew for its own future paths of blood vessels while in an embryonic brain.  Therefore, it facilitates the baby’s ability to produce oxytocin after the brain, his or her brain, fully develops.

While oxytocin has been nicknamed the “love hormone” or the “hug hormone,” it is more complicated than what was initially perceived.  It originally was recognized as the hormone that, when released in our blood, aids in uterine contractions during childbirth and induces labor.  Over time, it was discovered that it has a different reaction when it is released into the brain.  It then has variable effects on our cognitive, emotional, and social behavior.

In the journal Nature, an article was published with outlined various studies which have been performed attempting to single out the role of oxytocin on our behavior.

The study focused on the response of female mice, who had never birthed, toward crying babies.  Initially, the female mice had little to no reaction toward the babies.  They then injected the mice with oxytocin, and they began responding as a mother would.  Interestingly enough, before the injection, their brain neurons were a bit scattered and unfocused.

After the injection, the neurons came together in focus as a maternal mindset would. Additionally, researchers noted that oxytocin appeared to decrease specific neurons. While hearing the cries, the oxytocin enhanced the cries and made them more important.  The scientists theorize this may be related to why some mothers claim they can distinguish their baby’s cry from another.

Another study posted in the American Psychological Association tested women at various stages of their pregnancy – the first trimester, the third trimester, and the first month after birth.  What they discovered was that more women with high levels of oxytocin in the first trimester bonded better with their child.  The women who maintained high levels of oxytocin throughout the pregnancy and the month after developed a closer relationship with their children.  They tended toward singing special songs, using more personal, specific ways to feed or bathe their baby, etc.

The general understanding of how oxytocin affects our emotional and social behavior is a bit complex.  Essentially, if you are with an individual or group of individuals, and experience an interaction that triggers higher levels of oxytocin as a positive experience, then you will view those individuals as safe, trustworthy, and develop affection toward them.  Conversely, your brain will then see others who are different than those individuals as less credible, not safe, and you will be more guarded.  This is one method in which you establish your “tribe” of friends and establish who your family is.

Additionally, it may play a role in your social memory.  Through the release of oxytocin, your memory views a specific event more favorably than one where it didn’t release oxytocin.

What does this have to do with hugging your child and brain development?  Researchers continue to study oxytocin due to its very complex nature. However, it’s important we understand that how we perceive friends, family, and strangers and interact emotionally with each other is definitely a factor in our memory and behavior.  This holds true for a baby who is newly forming their understanding of the world based on how they interpret the actions of those around them.

FINAL THOUGHTS ON HUGS AND CHILDREN

Science may still be struggling to find the formula for why touch is so important and how our brain assimilates it in regard to our development, but most parents seem to understand it regardless.  The results from hugging a baby, a child, your teenager, or your spouse are ones most of us can recognize. 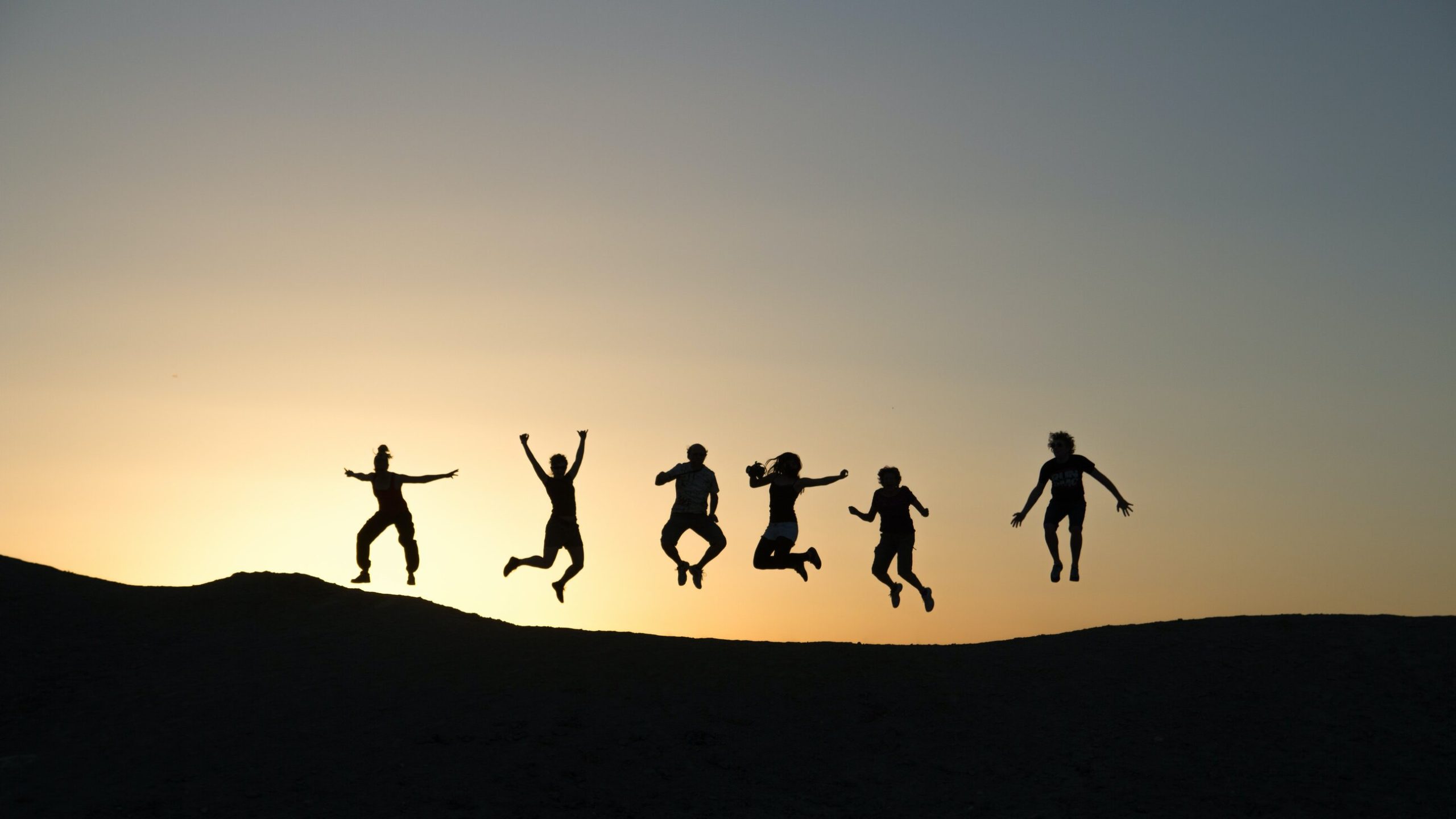 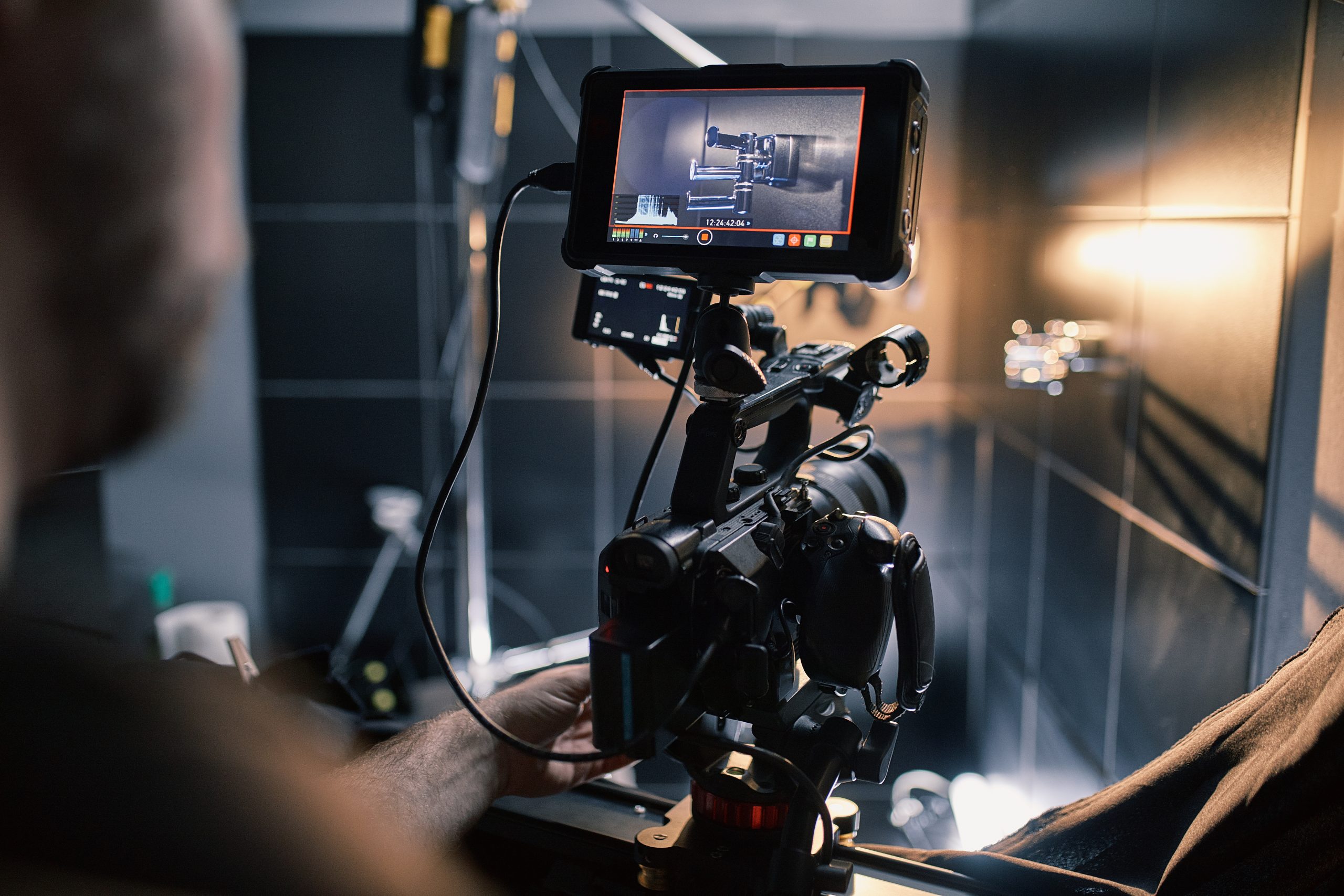 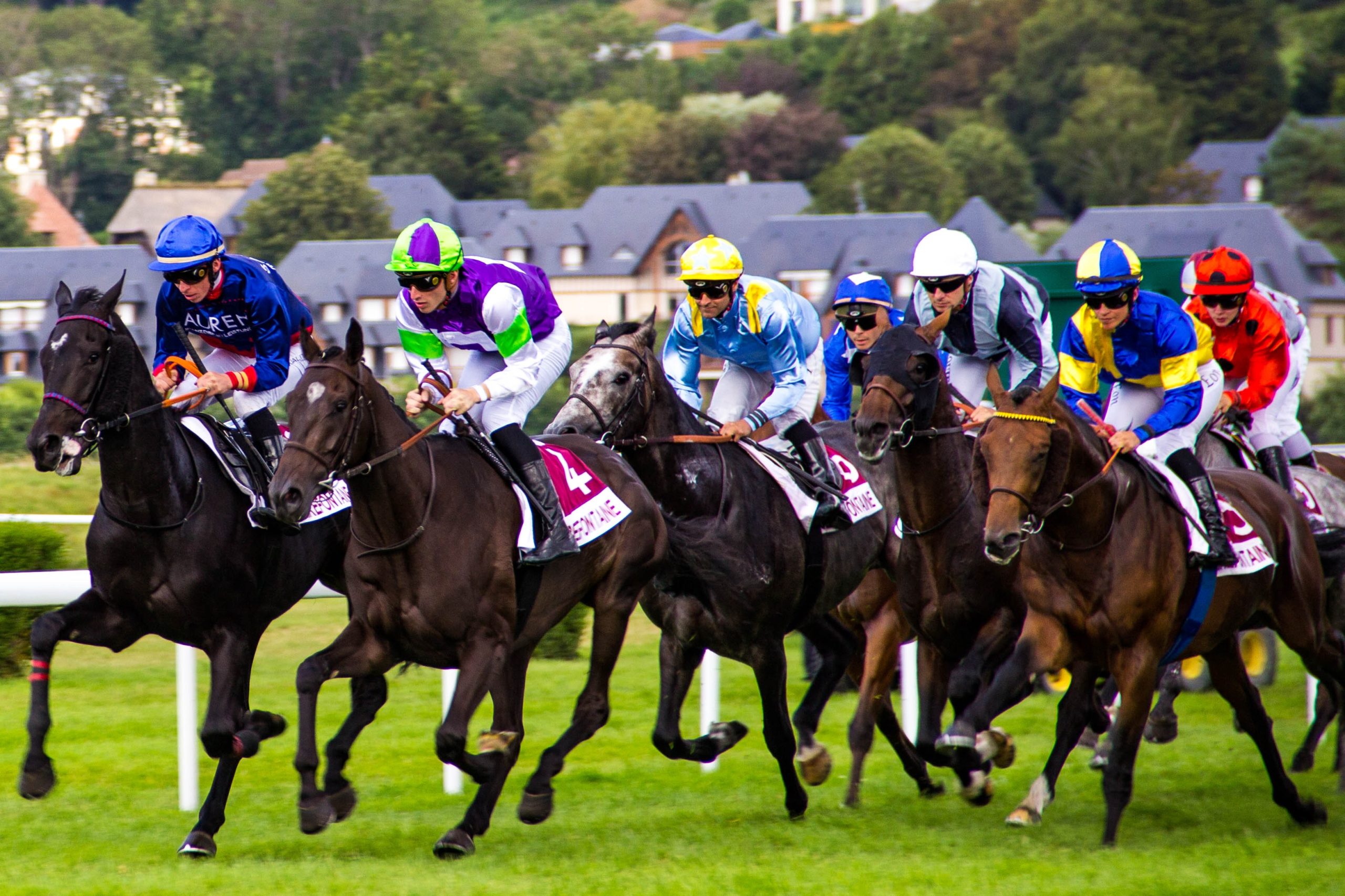 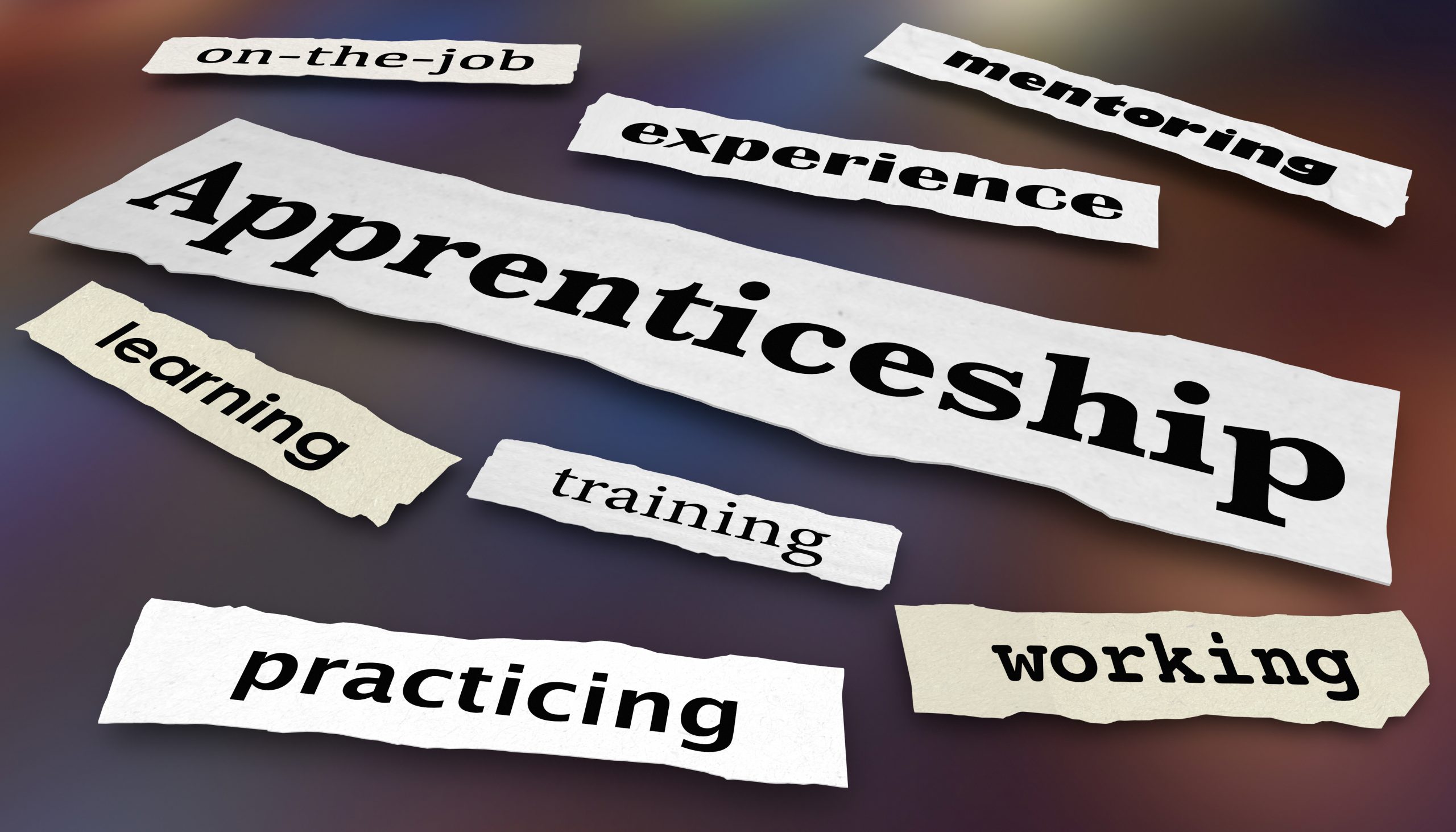