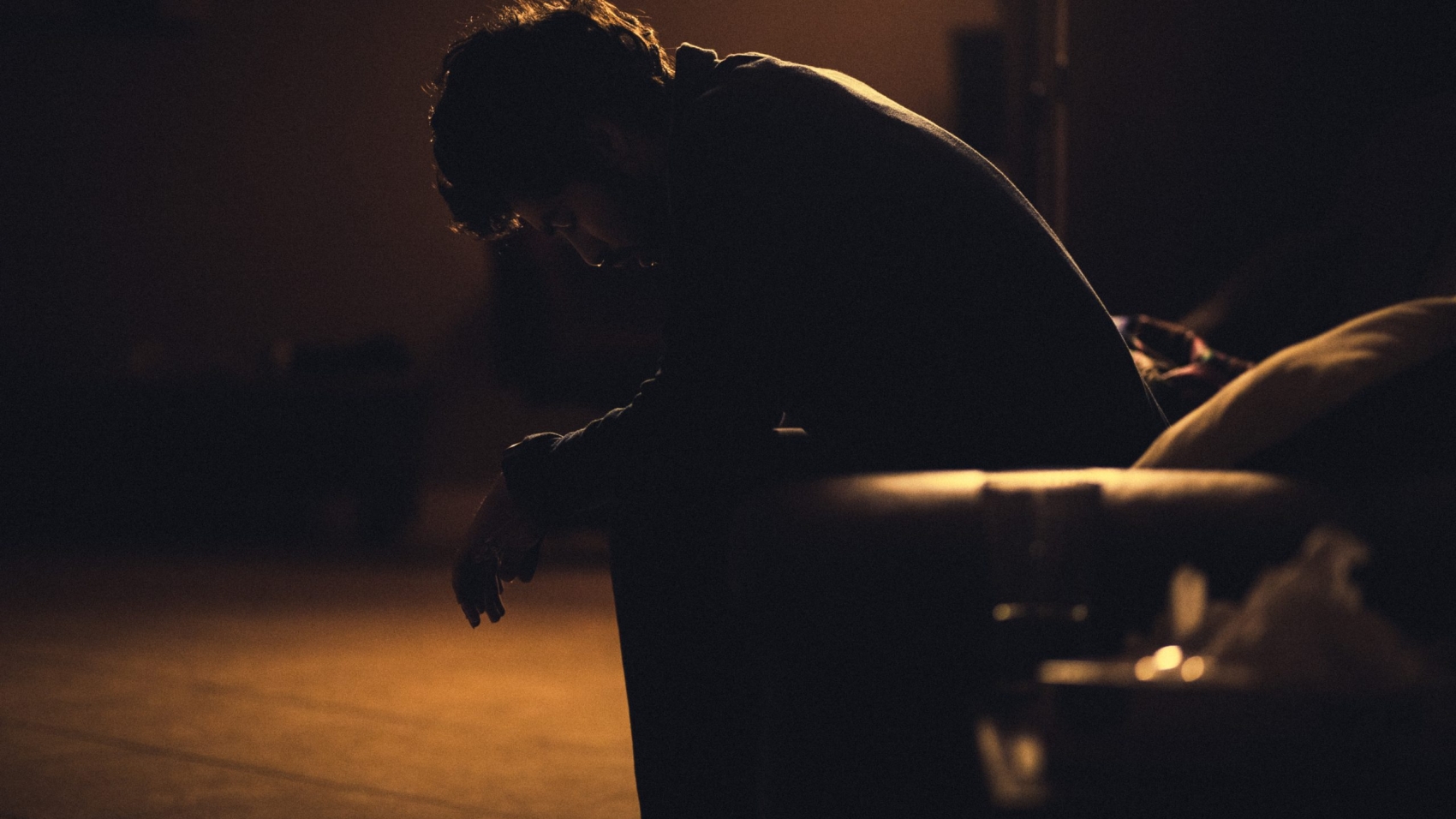 Youth Unity will be working in the Bexley area over the next year giving support and reassurance to the local residents.

Our aim is to promote the positive benefits of community participation and social activism and to empower vulnerable young people with practical ways to remove violence from their lives.

Our aim of is to ensure, whether identified through formal (e.g., schools) or informal (e.g. outreach) routes, that when young people need safeguarding against serious youth violence, exploitation and other forms of vulnerability they can find support easily and to be able to trust it.

Central to building trust is ensuring a child’s need is met by the right response from parents and professionals alike so the project uses workshops to ensure they are prepared to identify and respond.

If you would like to know more please get in touch 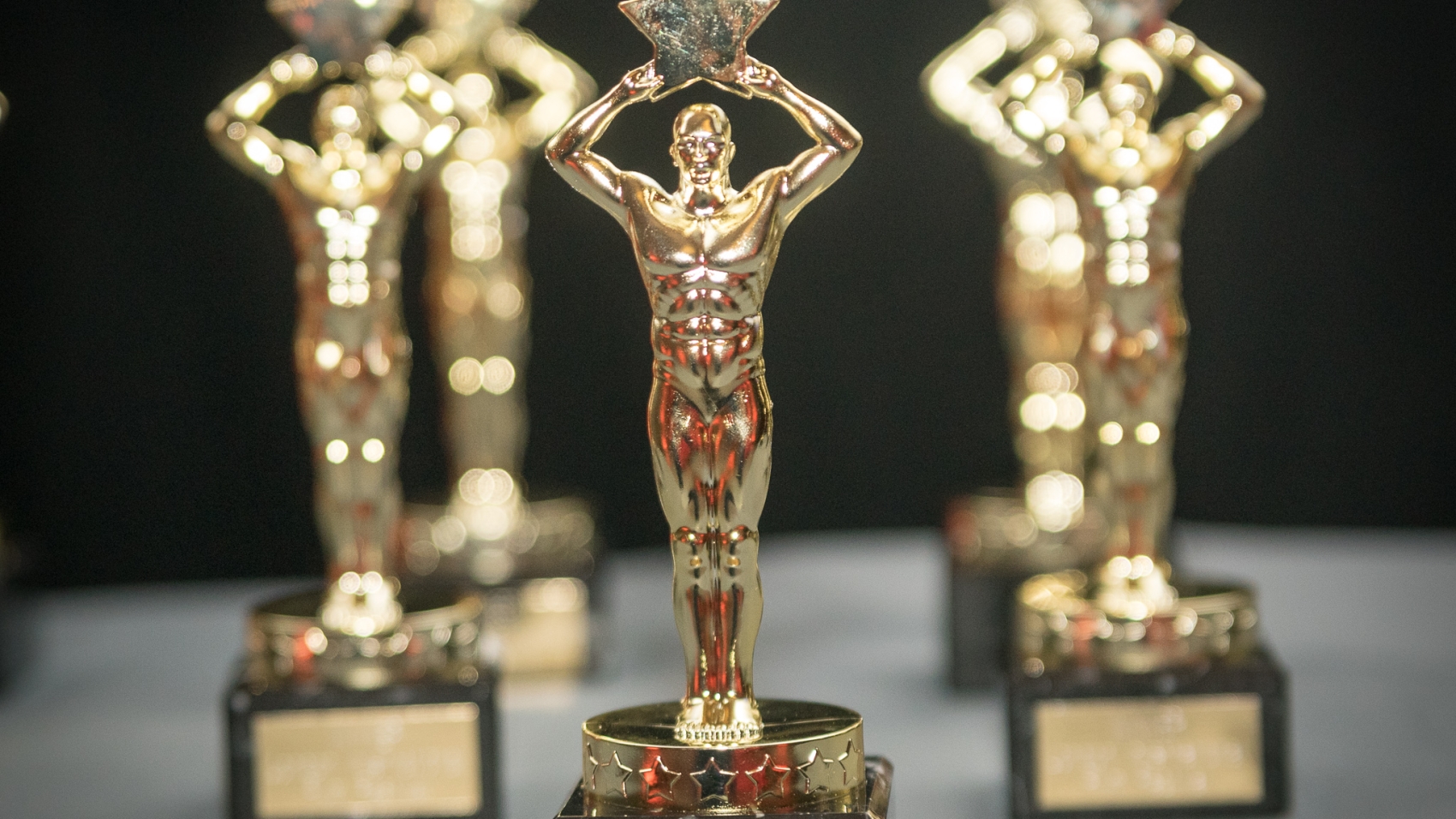 Paul McKenzie took seven young people over the half term and embarked on a massive film project to highlight the need for more focus on mental health, they didn’t use knives, they didn’t need guns, all that was needed was a passion to change the narrative and a drive for change.

The young people chose to address the mental health issue. So many young people are displaying early signs of mental health challenges and it is this that has inspired the making of the short film SICK.  To reduce stigma, mental health needs to be seen as something that concerns us all. Using film as a platform offers a chance to bring mental health into the spotlight and raise awareness on the indicators that young people can identify with and seek help.

Discussing a film can help people with mental health problems to broach difficult subjects.  Screenings of our films that focus on mental health are used to foster discussion, create empathy and reduce stigma

Paul has five sons and understands the need to be congruent in his approach to helping other young people to overcome challenges they may be facing.  Paul remains proud to have contributed to some major changes in the way we address specific issues that challenge communities, especially the issues that affect our youth. 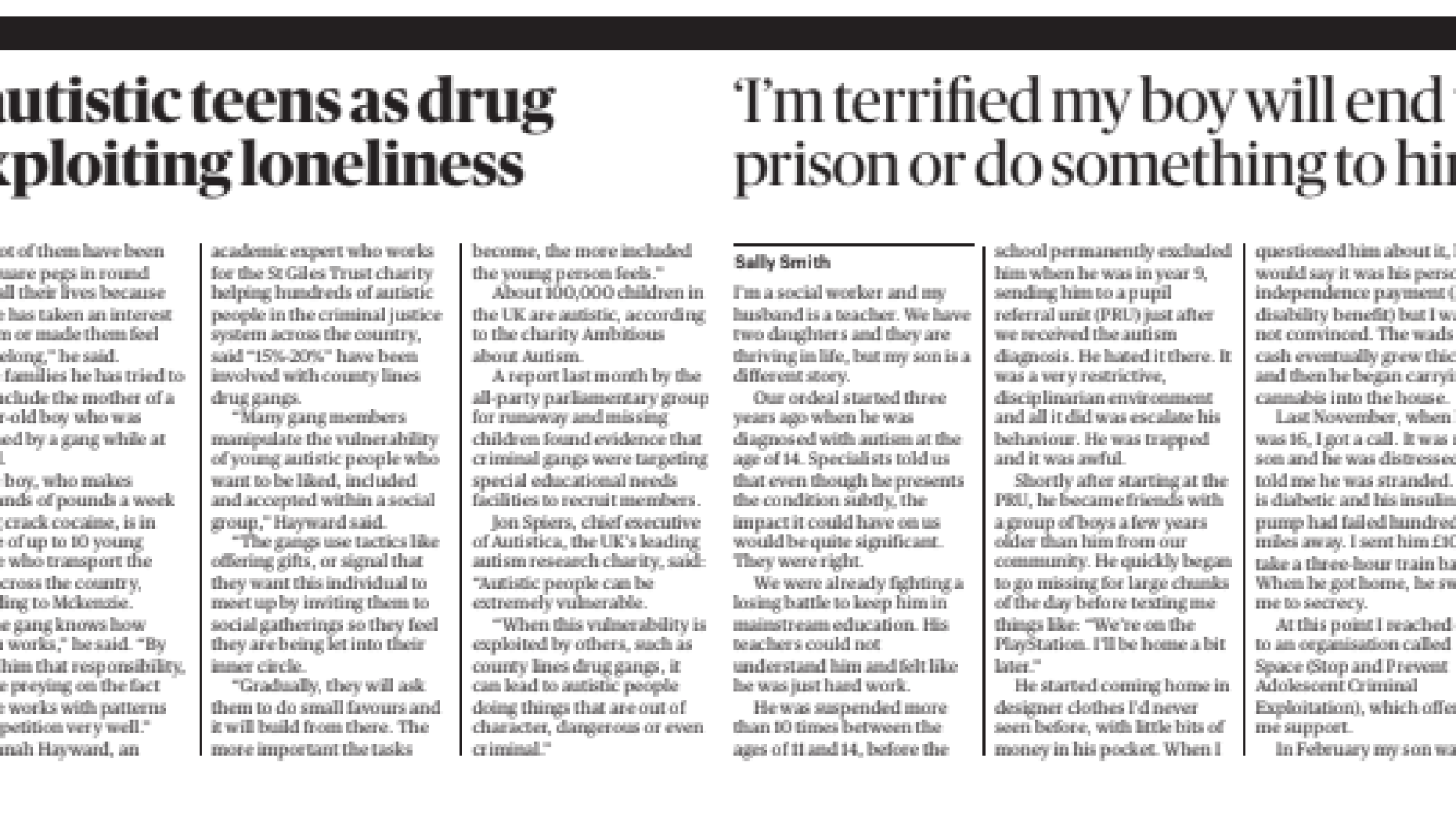 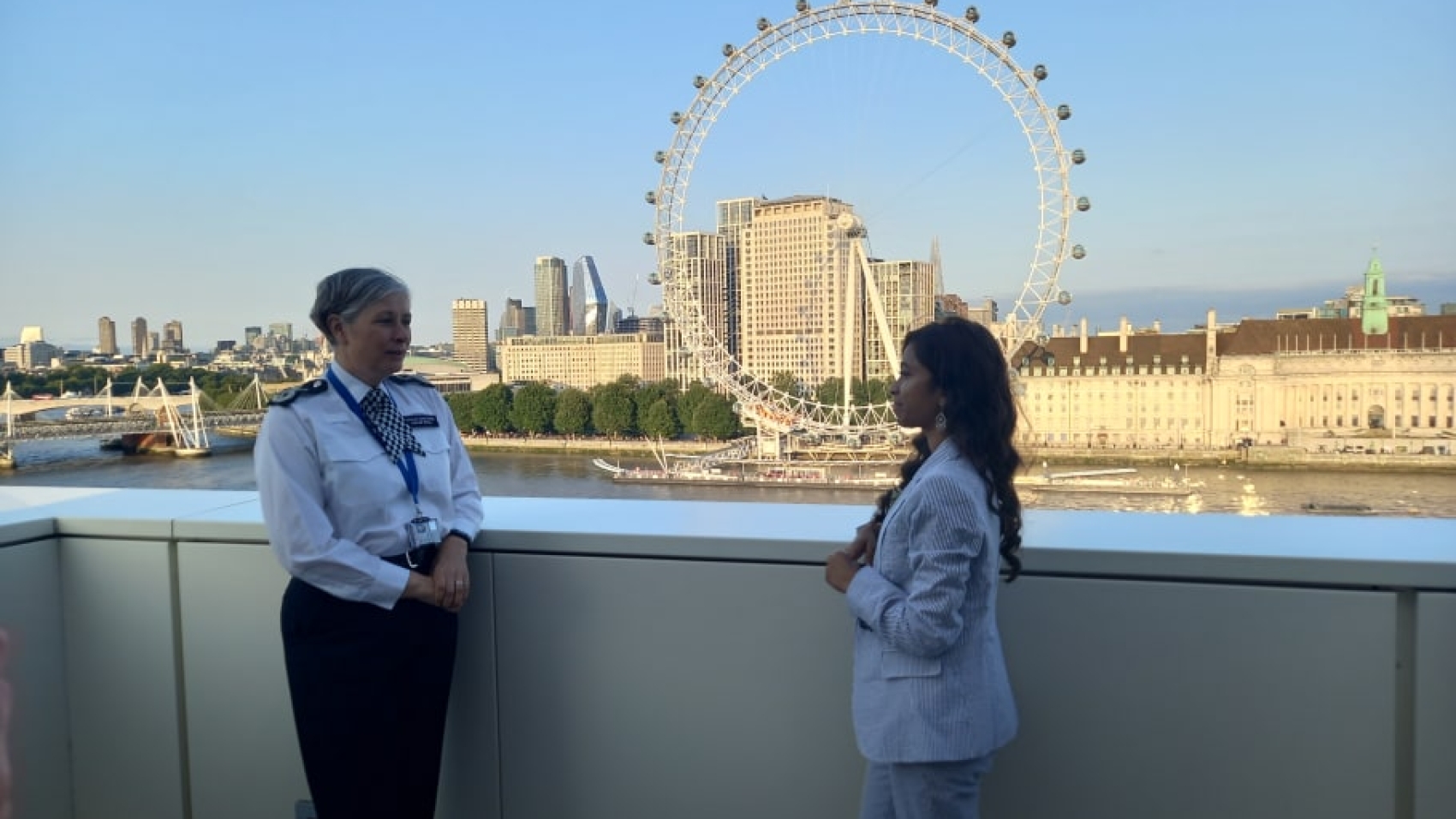 Three young women from disadvantaged communities in different London boroughs joined together with their mentees and organisers The Girls’ Network to reflect upon the unique experiences they have shared during the programme and exchange pledges going forward.

The Met teamed up with the national mentoring charity Girls’ Network in February 2021 to launch the pioneering six-month initiative. It aimed to help the police get closer to the communities they serve and gain fresh perspectives on key issues like knife crime, domestic abuse and representation within the workforce.

It has provided mentors Farheen, Ishrat and Yasmin with a chance to represent concerns from their local communities directly to key decision-makers in different areas of the Met, in a bid to influence both the actions and attitudes of the senior female officers involved.

The trio are from Tower Hamlets, Newham and Brent respectively – all communities that experience one or more of the issues that were explored during the monthly sessions with their mentees, Assistant Commissioner Helen Ball, Deputy Assistant Commissioner Amanda Pearson and Dr. Alison Heydari Commander Frontline Policing.

All three teenagers are passionate about helping other young people within their home environments realise that there are a wealth of opportunities on offer for those who are dedicated to creating a better future for themselves.

Ishrat, whose family emigrated from Bangladesh in the 1970’s, begun her sessions wanting to help change the perspectives of both the police and young people on the rate of ‘stop and search’ among under-represented communities, whilst also reducing the numbers carrying knives.

She and DAC Pearson now plan to launch an awareness-raising campaign through creating a series of video testimonials focusing on the lived experiences of individuals who have been directly affected by the issues, and hope to set up an advisory board on stop and search. Part of Ishrat’s journey involved meeting with the chief superintendent with responsibility for the policing of Newham, her home borough.

The 18-year-old said: “I live in an area where young people feel like there are no opportunities for them to succeed, so they get caught up in the local gang culture and fall into a life of violence and crime. I really want to change that and help other young people realise that there is an abundance of life choices out there for them.

“This initiative is so important for my local community right now. With opinions of the police at their lowest among young people, now is the time to act. I just hope it can help make a difference.”

Ishrat’s mentee, DAC Pearson said: “I feel privileged to have been involved in such an exciting and bold initiative. Ishrat is clever, strong and inspiring, and has prompted me to explore professional and cultural issues that I otherwise may not have truly understood. Our conversations often start with one topic and wind on through many others, leaving me feeling enriched and more learned each time we talk.

“Reverse mentoring has given me the opportunity to have valuable conversations with someone who would ordinarily be out of my sphere of contact. The experience of the dilemmas that pop up for Ishrat’s peer group, coupled with the change that I, as a more senior officer can effect, is an invaluable combination in an organisation like the Met. I have been able to access an entirely new perspective, and I have the experience and operational knowledge to know how to apply that perspective in a professional environment.

“Though Ishrat and I are different in many respects, our common goals of helping and empowering our community have tied us together. I have every confidence Ishrat will achieve her ambitions, and I have no doubt that my time with her will help me to achieve my own.”

Farheen, 18, an aspiring lawyer from Tower Hamlets, took on the theme of domestic abuse to explore with her mentee AC Ball. She is keen to raise awareness of the problem, in particular with relevance to male victims and under-reporting, and signpost victims to the sources of support available.

She and AC Ball are near completing hosting a series of podcasts on domestic abuse as part of her commitment to highlighting the issue. These have all been recorded at Scotland Yard with guests from relevant external organisations, and will be released later this year.

Farheen, a strong advocate for female empowerment in general, said: “I am so honoured to be supporting such an important campaign. This type of crime is such a difficult issue to tackle but I feel passionately about helping people who are experiencing domestic abuse of any kind, to encourage them to realise their worth and to empower them to understand that they can change their situation.”

AC Helen Ball said: “Mentoring is often thought of as a relationship where a more experienced person offers guidance to someone in the earlier stages of their career. The point is, of course, to equip those less experienced people with the know-how to help them progress quickly, but done well, mentoring also provides support and help in making choices – perhaps in relation to how the mentee can manage competing demands on them or how to say no to more senior people.

“Farheen has supported me to learn about communicating better and has given me insight into the approaches and interests of a woman far younger than me. I hope that, with more senior officers such as myself taking part in this initiative in future, the Met can continue to learn from all of London’s communities.”

Commander Heydari was mentored by Yasmin, with the pair exploring themes such as ‘white-collar’ crime as well as wider issues of gender inequality and racial profiling within crime.

She added: “I have thoroughly enjoyed and feel honoured to have been part of an innovative way of mentoring being paired with Yasmin, a really thoughtful and inspiring young person. We spent time discussing a variety of issues and subjects, providing valuable insight into what matters to young people.

“My mentor has given me a lot to think about and seeing things from a young woman’s perspective has enriched my view of how the police can more effectively collaborate with young communities to keep them safe and build trust. Many thanks to Yasmin for her time and for sharing her views on contemporary issues.”

This latest initiative from the Girls’ Network is just a small part of the work it carries out. The charity connects 14-19-year-olds from the least advantaged communities across England with mentors and a network of professional female role models – all with the aim of inspiring and empowering them to succeed in their life ambitions.